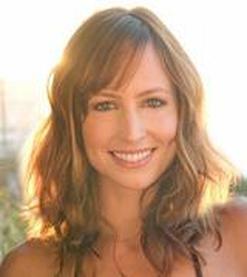 Alexie Gilmore, class of 1995, was born in Manhattan and was raised there until her family relocated to the suburbs of N.J. when she was 10 years old. Inspired by a strong theatre department at Tenafly High School, she went on to major in theatre at DeSales University in Pa. Gilmore started out doing numerous national commercials before she got her break in t.v shows and film.  She starred as a series regular on the fox drama, NEW AMSTERDAM, directed by Lasse Hallestrom (Cider House Rules).  Other TV credits include, RESCUE ME, LAW AND ORDER CRIMINAL INTENT, NURSE JACKIE, a cross over role on PRIVATE PRACTICE and GREY'S ANATOMY, HOUSE M.D.,  and many more.

For Gilmore's first starring role in a film, FIND LOVE by Erica Dunton, John Anderson wrote in Variety "Gilmore is magnetic".  Since then, she has starred opposite Robin Williams in Bobcat Goldthwait's, WORLD'S GREATEST DAD (premiered at Sundance Film Festival 2009) and collaborated with Goldthwait on two more films, GOD BLESS AMERICA and most recently, WILLOW CREEK  (premiering at the Boston Film Festival spring of 2013). She has also starred as the romantic lead opposite Matthew McConaughey in SURFER, DUDE.  Other film credits include MERCY with Scott Caan (premiered at Cinevegas 2009), and I DO AND I DON'T (premiered at the Fort Lauderdale Film Festival 2008 where she was honored with the "Star on the Horizon" award) with Jane Lynch, DEFINITELY MAYBE and FAIRHAVEN. Next up, Gilmore can be seen in LABOR DAY, directed by Jason Reitman and starring Kate Winslet and Josh Brolin.


*** Note: Unfortunately, Alexie will not be able to perform for the show on June 9th.
Next artist >> Joe Grubbs >>