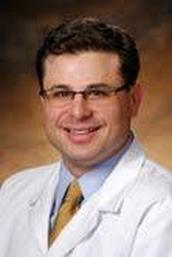 Eran Zacks, THS class of 1992, attended Vassar college where he graduated with honors in Biospychology. At Vassar, Eran appeared in productions of The Fantastiks by Harvey Schmidt and Tom Jones, the opera L'incoronazione di Poppea by Claudio Monteverdi, and with Vassar's a cappella group The Accidentals. As a medical student at Stanford University, Eran performed with Stanford's a cappella group The Mendicants, and co-founded an a cappella group at the medical school, The Palpitations. Eran returned east for residency at the Massachusetts General Hospital followed by fellowships in cardiovascular disease and cardiac electrophysiology at New York Presbyterian Hospital, Cornell. Eran now lives, with his wife and 2 children, in Princeton, NJ where he works as a cardiac electrophysiologist. Eran sends a warm note of gratitude to Susan Tall and Jim Collins who shared their many gifts so generously with all of us who were so fortunate to be their students.
Next artist >> Sofie Zamchick >>