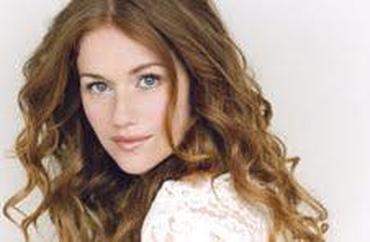 Erica Piccininni, class of 1997. After graduating from Tenafly High School Erica Piccininni went on to study musical theatre at New York University where she received a bachelor of music. She starred in numerous regional theatre productions around the country and originated the role of “Liz” in the world premiere of Palm Beach: a Screwball musical, at La Jolla Playhouse. Erica then went on to Broadway, originating the role of “Lorraine” in the Broadway Cast of the 2006 Tony award winning musical, Jersey Boys. After three years on Broadway she went on to play “Luisa” in The Fantasticks off-Broadway. Erica moved to Los Angeles four years ago and has since guest starred on many Television shows including “The Closer”, “Lie to Me”, “Medium”, “Numb3rs”, “NCIS”, “Body of Proof”, “CSI:NY”, “The Good Wife”, and “Friends With Benefits”. She has also appeared in over 50 national commercials and is a violinist with the Santa Monica Symphony. Erica currently lives in Venice, California with her husband.