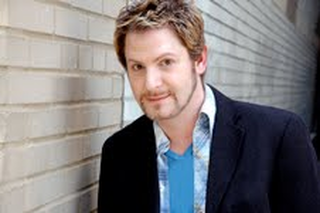 JAMISON STERN, class of 1988, has been working as an actor in and out of New York since he was 14. He appeared on Broadway in By Jeeves and How the Grinch Stole Christmas and in the National Broadway Tours of Beauty and The Beast and Little Shop Of Horrors. Regional Credits include the one man play Fully Committed at Alley Theatre & La Mirada, The Compleat Works of Wllm Shkspr (abridged) at Cincinnati Playhouse & Repertory Theatre of St. Louis, Sweet Charity (Charlie, Vittorio and Oscar) at Oklahoma Lyric Theatre, The BreakUp Notebook at Revision Theatre, (title of show) (Hunter) at Theatreworks Palo Alto, Around the World in 80 Days at Triad Stage, Neil Simon’s Chapter Two (Leo), directed by Jay Sandrich & The 25th Annual Putnam County Spelling Bee (Panch) at Theatre Aspen,  It’s Only Life: the songs of John Bucchino, directed by Daisy Prince & She Loves Me (Kodaly) at Rubicon Theatre,  Black Comedy (Brindsley), The Invention of Love (Pollard), As Bees in Honey Drown (Kaden et. al.), A Flea in Her Ear (Camille) & A Comedy of Errors at Alley Theatre, The Producers (Carmen Ghia) at Flat Rock Playhouse. Best Little Whorehouse in Texas (Melvin P. Thorpe) at Arvada Center, and many more. He attended New York University and is a proud 1988 graduate of Tenafly High School, with immeasurable gratitude toward Susan Tall and James Collins for all their training which has kept him working as an actor!
Next artist >> Alexander Tall >>