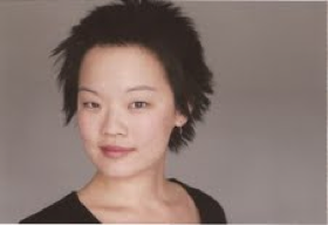 Jane Cho, Class of 1991 Film and television credits: “Without a Trace”, “Rodney”, “The District,” “ER” “Buffy the Vampire Slayer,” “The Shield,” “Miss Match,” “A Stranger’s Heart,” “Kiss the Bride” and others. Theatre credits: Off Broadway - Brooklyn Academy of Music, Culture Project, New Dramatists. Regional theatre- Steppenwolf Theatre, Goodman Theatre, Lookingglass Theatre, About Face Theatre, Berkeley Rep Theatre, Huntington Theatre, Yale Repertory Theatre and others. Jane is a graduate of Northwestern University (BSc., Performance Studies) and the Yale School of Drama (MFA, Acting, Winner Oliver Thorndike Award). She has taught acting at Yale University, mentored underserved public school students in playwriting with the Young Storytellers Foundation, and has lead theatre workshops for homeless youth in Hollywood at My Friend’s Place. Jane works with the Posse Foundation, where she facilitates workshops using theatre practices based on the Theatre of the Oppressed. She has engaged college students in workshops examining social justice issues on numerous college campuses including UPenn, UCLA, Pomona College, Wheaton College and many others. She lives in Los Angeles with her husband and two children.
"As a proud graduate of Tenafly High School and its performing arts programs, I would like to offer my strong support for the THS Stars Benefit to ensure the arts' continuing success and excellence at Tenafly High School. Participating in the theatre and music programs at Tenafly High School had a tremendous impact on my life. Acting in the school plays (“South Pacific,” “The Skin of Our Teeth,” “Midsummer Night’s Dream,” and others), singing in the chorus, studying scenes from Shakespeare, Thornton Wilder, Jean Paul Sartre and other great writers in acting class; these experiences deeply informed my sense of the world, and ignited a passion for the arts that would shape my future career as an actor and arts educator. The creative space that these programs provided was intensely enlivening for me as a teenager, and I was deeply inspired and encouraged by my teachers, Jim Collins and Susan Tall. I know what a privilege it was to have access to these high quality programs, and I am so grateful for the enormous benefit they gave me. I hope that you will support these programs so they continue to thrive and enrich the lives of young people at THS and the Tenafly community for generations to come."  - Jane Cho