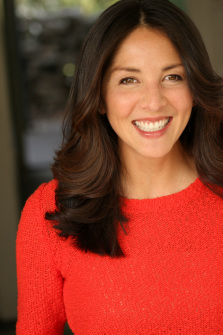 Karalyn Shima (1995) received her BA in Theatre & Drama from Indiana University - Bloomington and began her theatrical career in Chicago. There, Karalyn performed with various theater companies throughout the city, ultimately focusing on a sketch comedy group she founded with fellow I.U. alumni in 2003. 10 years later they are still writing, producing and performing on a regular basis. Including live sketch shows, online content, TV pilot, and a feature length screenplay. Karalyn also does a bit of the commercial acting. Her biggest, most recent production; however, are her 2 kids, Luke (3 yrs) and Gemma (1 yr), whom she is raising in LA with her husband Lance. Karalyn comes home for this benefit to honor all Tenafly mentors from Smith school to senior year and fellow classmates who, to this day, continue to inspire. How thankful indeed.