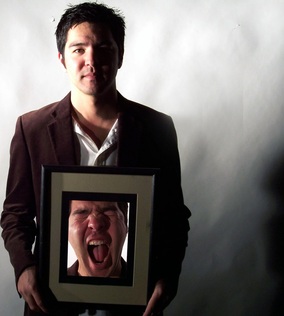 Kevin Shima graduated from Tenafly High School in 1992, and studied Audio Recording and Music Theory at the Indiana University School of Music in Bloomington, Indiana. After graduating from I.U. in 1996, he co-founded the critically acclaimed jam-band Homunculus, in which he was the singer, rhythm guitarist, and songwriter. Homunculus released four studio albums and toured nationally (performing an average of 200 shows a year) before disbanding in 2004. In 2007 he moved to Los Angeles, and began co-writing music with Jon Anderson, the lead singer and songwriter of the classic rock band Yes. His songs have been used on the TV show “Fringe” (produced by J.J. Abrams), and he currently teaches courses in Audio Production at the Art Institute of California and Citrus College. His new band Everyday Animals released their second studio album earlier this year, and in March they performed at the 2013 South by Southwest Music Conference in Austin, Texas. Kevin is deeply thankful for the solid musical foundation given to him by all of the K-12 music teachers in the Tenafly Public Schools.
Next artist >> Michael Sorvino >>