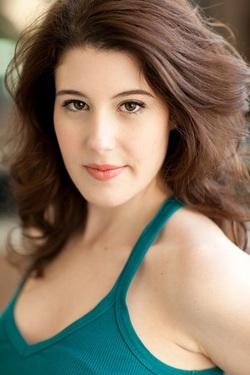 Megan Berg graduated Tenafly High School in 2009 and will soon enter her senior year at Hunter College as a Sociology major with a double minor in Anthropology and Theatre Arts. She has studied the performing arts since a young age, most notably at the New York Conservatory of Dramatic Arts and under the guidance of one of Meisner’s protégées, James Price. Megan has most recently been involved with New York’s Group Theater Too production of New York by David Rimmer and is also a member of Love Creek Production Company.  During the Fall Megan is planning to study abroad in Ireland to further explore acting, directing and playwriting.

Megan is honored to be invited back to the Tenafly High School stage along side her talented fellow alumni. She would like to thank Susan Tall and Jim Millar for their support and encouragement throughout the years and casting her in such roles as: Nellie (South Pacific), Dotty  (Noises Off!) and Little Red Ridinghood  (Into the Woods).