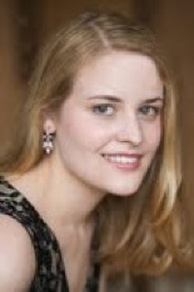 Meredith LaBouff graduated from Tenafly High School in 2009. She is currently pursuing her Bachelor’s Degree in Vocal Performance at the Curtis Institute of Music in Philadelphia. At Curtis, she has performed in nearly a dozen operas; including The Magic Flute, Dido and Aeneas, Il barbiere di Siviglia, and The Cunning Little Vixen. She has also participated in summer programs at the Chautauqua Institute and Dolora Zajick’s Institute for Young Dramatic Voices.

Meredith is so excited to be returning to the THS stage, where she has so many wonderful memories! In her four years at THS, she was a frequent soloist with the honors choir and starred as Yum-Yum in the Mikado. She is so grateful for the truly remarkable musical experiences she had at THS and would to thank Mr. Millar and Mrs. Tall for their support.