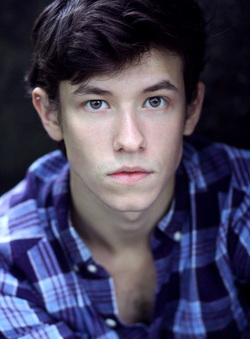 Nate Morgan graduated Tenafly High School in 2009 and will soon enter his senior year in the Vocal Performance Program at NYU’s Steinhardt School. He made his NYU debut in last year’s chamber opera, Cendrillon, and subsequently appeared in Steinhardt’s production of Kurt Weill’s Street Scene.

Nate is honored to be participating in this landmark Stars Come Home event, and would like to thank Susan Tall and Jim Millar from the bottom of his heart for this chance to return to the THS stage. He would also like to credit Susan and Jim for fully supporting all of his aspirations, having placed him in the THS roles of Jack (Into The Woods), Koko (The Mikado), Bingly (Pride and Prejudice) and Lieutenant Cable (South Pacific). Finally, Nate would like to thank his friends and family for contributing so much love, joy, and support to his life. He would also like to thank his voice teacher Scott Murphree, and his past mentors Richard Barrett and Michael Sylvester for their invaluable wisdom. “Enjoy!”