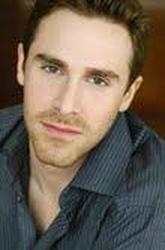 Robert (Bobby) Kalman is a graduate of Penn State University and Circle in the Square Theatre School and has performed extensively throughout New York, New Jersey, and Pennsylvania. Favorite stage credits include: Fiddler on the Roof (John W. Engeman Theater), The Light in the Piazza (River Valley Rep), 1776 (NJPAC), Assassins (Hudson Guild Theatre), and the world premier productions of Battlecry! (Gettysburg) & Wallenberg (White Plains PAC). Robert is now pursuing a career as a K-8 educator and is in the midst of acquiring an M.A. in Education from Georgian Court University. He sends his love to his parents, who are still residents of Tenafly, and his wife, Dee Ross Kalman, a 6th grade math teacher at Tenafly Middle School.