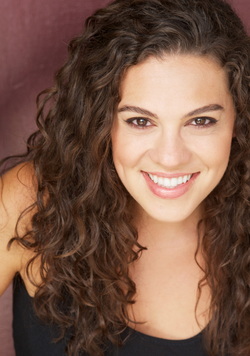 Rosie Moss is a proud member of the Screen Actors Guild.  Rosie has performed in a number of independent films, costarred in a pilot opposite Andrew Keegan, hosted comedic segments for the Epix Network, voiced multiple characters in a Star Trek radio show, and performed alongside Brian Lehrer in The Flying Latke.  Rosie is a graduate of Boston University’s College of Fine Arts Theatre Program.  She studied Shakespeare and Restoration Comedy at the London Academy of Music and Dramatic Art and helped lead a drama therapy workshop with prisoners in Tel Aviv while studying at Tel Aviv University. Highlights from Tenafly High School include performing Ado Annie in Oklahoma! and Nikki Crandall in The Musical Comedy Murders of 1940 and singing with the Madrigals.  In addition to acting, Rosie is writing and producing her own material.  Keep up with Rosie at www.rosiemoss.com.