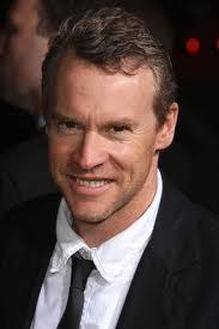 Tate Donovan, Class of 1981, Tate Donovan’s career has spanned the worlds of television, film, the theater and directing. He was most recently seen in the Academy Award winning film Argo, as well as over 25 films including Good Night and Good Luck, Memphis Belle, Ethan Frome, Love Potion #9, Clean and Sober, Neal Cassady and as the title voice in Disney's animated feature Hercules. His television appearances have included Deception, The OC, and Damages alongside Glenn Close, several episodes of which he also directed in addition to Glee, where he directed former THS alum Lea Michele,  Weeds, Gossip Girl, Nip/Tuck, and 'Friends. He has also appeared on Broadway in the Tony award winning plays, Good People with Francis Macdormond, Amy's View with Judi Dench, Picnic and has worked off Broadway with Kenny Lonergan in Lobby Hero and The Medieval Play.


*** Note: Unfortunately, Tate will not be able to perform for the show on June 9th.
Next artist >> Alexie Gilmore >>