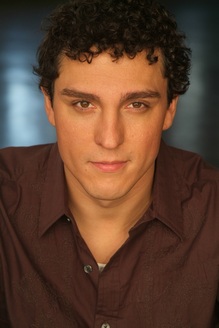 Wally Marzano-Lesnevich graduated from THS in 1996 and has pursued a varied career in arts and entertainment. He co-founded The Drove Theatre Company and served as co-artistic director, producer, director and actor over four years in New York City. He recently served as social media and digital content manager at Sander/Moses Productions and SLAM Digital, and then assistant to the Director of the Penguin Development Group, both in Los Angeles. He also spent several years as the Billing Administrator at his family's law firm. He is a graduate of the Mason Gross School of the Arts, Rutgers University, and studied at the London Academy of Theatre. He has directed two plays in town for Tenafly Presents...: Tick, Tick, Boom, by Jonathan Larson and produced by The Kwikees, and Love Letters, by A.R. Gurney.  He is currently developing a film about The Bridge, a mental health clinic in NYC.