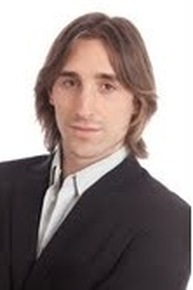 Christian Zaremba, (Bass) Hailed by the New York Times as “A stage animal with a big bass voice” the 26 year old Basso Cantante is quickly garnering praise from companies and critics alike.  Making his debut this summer at the Glimmerglass Festival as the Bass Soloist in David Lang’s Little Match Girl Passion and covering the Baron Kelbar in Verdi’s King for a Day.  Pistola in Falstaff with the Martina Arroyo Foundation, Zuniga and Colline in Carmen and La Boheme respectively with Long Island Opera. Christian performed the speaking role of the Porter in Manon at the Metropolitan Opera  and understudied the principal acting role of Agamemnon in Iphigenie en Tauride at the MET.  At Weill Hall as Il Commendatore in DON GIOVANNI; He has sung Sarastro in Die Zauberflote, ˆZuniga in Carmen, and Angellotti in Tosca with New York Lyric Opera as well as Don Basilio in Il Barbieri di Siviglia with Capitol Heights Opera.  The 2013-14’ season will see Christian make his debut with Minnesota Opera as Sarastro (Die Zauberflote), Lamoral (Arabella), The Innkeeper (Manon Lescaut) and cover Banquo (Macbeth).Christian is also a stage combat captain at the MET;  supervising or performing roles in Boris Godunov, Tosca, Don Carlo, Giulio Caesare, and Il Trovatore.
"I would like to take this opportunity afforded to me to express my thanks and support for the continued success of the Dramatic and Musical Arts Department at Tenafly High School.  It was there, confused and rebellious as I was, where a passion for telling a story and creating an alternate world with music was passed onto me by the patience and caring of my orchestra conductor and then, head of the music department.  Taking a massive gamble on a second violinist who had never sung nor acted by giving me prominent parts in the last two years of shows not only gave me an opportunity to work on the other side of a formidable orchestra but even inspired me to attend college.  (NYU 2007 on scholarship with Honors)  The opportunities gleaned from such a rich artistic environment and continued friendship and support of the faculty has played a vital role in the journey I have undertaken as an artist.  As I will be performing at the Glimmerglass Festival and cannot lend my voice to your stage on this occasion, I hope that these few words will add to the chorus of my fellow graduates and benefactors of the THS Arts Program in commending its excellence and hoping to ensure its future. " - Christian Zaremba