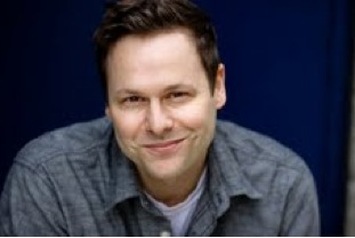 George Merrick Scharankov, Class of 1989 has appeared on Broadway in the acclaimed Tony Award winning revival of South Pacific, and in High Fidelity. He has also played leading roles on the national tours of Carousel (Nicholas Hytner’s Tony winning production), and Oklahoma! (in the same role he played in the THS production in 1988!). Regionally, he has played all kinds of parts from John Adams in 1776 to Joe Hardy in Damn Yankees. On TV, George has guest starred on CBS’ Blue Bloods and has had recurring roles on As the World Turns and All My Children. In addition to performing, George is also a lyricist in the BMI Lehman Engel Musical Theatre Writing Workshop, where he was the recipient of the 2010 Harrington Award for creative achievement. He is currently developing The M & M Boys, a musical about the home run race between Roger Maris and Mickey Mantle. This fall, George will appear in the premiere of Jason Robert Brown’s new musical, Honeymoon in Vegas, at the Papermill Playhouse, prior to its Broadway transfer. He lives in Manhattan and is married to actress Lauri Landry (14 years!). They have a wonderful ten year old son, Luke.